Heating the home with hydrogen - how viable is it really? 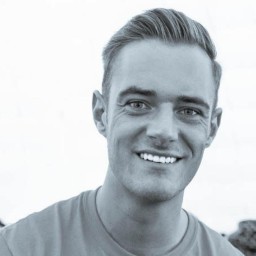 How is Hydrogen for heating made?

What are the benefits of Hydrogen for heating?

What are the challenges of heating with hydrogen?

So is hydrogen for heating viable?

We need hydrogen and heat pumps to reach net-zero

Decarbonise your home with a heat pump

Greenhouse gases from UK homes currently account for around 22% of our nation’s emissions. With the pressure to fight climate change, the UK Government has set an ambitious target to reduce all greenhouse gases to zero by 2050. However, for this to be possible, we need to start decarbonising UK homes fast.

As a result, there has been much debate over which heating option is likely to dominate the market in our efforts to decarbonise Britain. One option is hydrogen, and it has recently been backed by the UK government as a means of ‘greening up’ the National Grid. But is heating with hydrogen a viable solution? How does it compare to other ‘green’ alternatives like heat pumps? Let’s take a closer look…

How is Hydrogen for heating made?

Hydrogen for heating can be produced in two main ways. The first is by converting fossil fuels into hydrogen. This process involves splitting natural gas at high temperatures. The problem is that it also produces CO2. For this to be a carbon-neutral source of heating, the CO2 must then be removed by carbon capture and storage.

For those unaware, carbon capture and storage essentially involves using a chemical solvent to capture the carbon. It is then forced into underground rocks for safe storage.

Alternatively, hydrogen can be produced through the process of electrolysis. Water is cleaved into hydrogen and oxygen using electricity. If this electricity comes from a renewable source, then hydrogen produced by electrolysis is considered a ‘green’ solution.

The trouble is that electrolysis is expensive. It costs much more than reforming fossil fuels and carbon capture and storage. The latter is, therefore, considered the main route for production until the process of electrolysis is cheaper. According to the European Commission's Hydrogen Strategy, that could take a decade or more, especially if natural gas prices remain low.

Hydrogen is categorised into 3 main types, depending on how it has been produced.

Brown hydrogen - This is made from methane, using a chemical process that extracts the carbon in the form of CO2. Since we’re trying to avoid increasing CO2 emissions, it’s not the type of hydrogen anyone should be producing.

Blue hydrogen - This type of hydrogen is made in the same way as brown hydrogen. However, the CO2 is captured and stored. It’s currently the main way of producing hydrogen for heating, though in practice, it’s difficult to capture 100% of the carbon, so it’s not necessarily the ‘greenest’ option.

What are the benefits of Hydrogen for heating?

Over the next decade, new natural gas boiler installations will be phased out to prevent emissions from adding to climate change. Instead, oil and gas firms are keen to use blue hydrogen for heating. This is backed by the government’s Hydrogen Taskforce, which advocates the incorporation of hydrogen into the existing gas network to reduce emissions. It wants all new boilers to be manufactured as ‘hydrogen-ready.’

On the face of it, using hydrogen for heating seems quite appealing. Green hydrogen provides power and heat with just water as a byproduct. Compared to natural gas, which is the main source of power for cooking and heating appliances in 23 million UK homes and produces carbon dioxide when burned, it’s far cleaner.

Switching from natural gas to hydrogen heating for homes could also be relatively straightforward if the same pipes that currently deliver natural gas can also deliver hydrogen. However, gas boilers would need to be replaced with hydrogen equivalents.

What are the challenges of heating with hydrogen?

With 85% of UK homes currently on the gas network, decarbonising heating is a huge challenge. Green hydrogen is currently too expensive and would require 30 times more offshore wind farms than we currently have to produce enough of it to replace all gas boilers.

While blue hydrogen is cheaper, it cannot play a significant role in heating UK homes without increasing investments in carbon capture, utilisation and storage (CCUS) infrastructure.

According to The Climate Change Committee, the energy content of hydrogen compared to natural gas is significantly lower. They report that a 20% hydrogen blend in the gas grid would only provide 4-6% carbon savings.

Additionally, hydrogen has to go through a lot of processes to create heat for your home. Each step of the process wastes energy. A report by the London Energy Transformation Initiative (LETI) found that green hydrogen for heating has an energy efficiency of just 46%. For every 100kWh of renewable energy used to produce green hydrogen, only 46kWh of heating is produced due to energy losses in the production, storage and transportation of the gas.

Compared to air source heat pumps which have an energy efficiency rating of up to 350%, green hydrogen for heating homes has proven inefficient.

It's not ready yet

The other potential drawback of rolling out hydrogen for heating UK homes is the time it’ll take. Converting the gas grid will have to be done in stages. According to Cambridge Carbon Footprint, “unless we opt to replace our boilers before we would have done normally, we can’t start to convert the gas grid until about 2040. This is too late.”

We have become accustomed to using gas to a number of appliances within our homes which would need to be replaced, including hobs, gas fires and any in home pipework - not just the boilers. The infrastructure will also need to be updated to supply hydrogen into homes instead of the gas pipes currently used, which will require a huge amount of investment to upgrade to supply hydrogen.

Back in November, the UK government made funding commitments to both hydrogen and heat pumps as part of its 10 Point Plan for a Green Industrial Revolution.

£500m in funding was announced to support the progression of hydrogen for heating. This included trialling homes using hydrogen for heating and cooking. Along with the UK’s first 2 homes to be powered entirely by hydrogen heating in Gateshead, as part of the government's Hy4Heat innovation programme.

The government also pledged that 600,000 heat pumps will be installed into homes each year by 2028 and proposed heat pumps as the leading technology for new homes as part of the Future Homes Standard.

While the UK government seems keen to invest in a hybrid approach for decarbonising UK homes, not everyone is happy about it.

Organisations including the climate think tank E3G and green groups WWF & Greenpeace have all slammed plans to use blue hydrogen. They say that if the nation embraces blue hydrogen, it’ll lock fossil fuels into the UK energy mix and end up costing consumers more.

Instead, they are keen for the UK government and governments across the globe to focus their efforts on encouraging efficiency. They also advocate for heat pumps for homes over blending hydrogen into the gas grid and mandating the manufacturing of hydrogen-ready boilers.

According to a new study by The International Council on Clean Transportation (ICCT), heat pumps will cost half the price of hydrogen boilers to heat homes in Europe. Heat pumps were also found to be 3-6 times more efficient than hydrogen boilers.

The study, which compared 4 low-carbon heating technologies and predicted their cost for heating EU homes in 2050, found air source heat pumps to be the most effective and lowest-carbon way to heat a single-family home.

For an average single-family household in the EU, heat pump installation, maintenance and energy bills would cost around €579 (£496) a year. The total average cost of a hydrogen-ready boiler would come to around €1,271 (£1,090) each year.

So is hydrogen for heating viable?

As part of the government’s 10 Point Plan, the Prime Minister announced they would be working with industry to develop 5GW of low carbon hydrogen production capacity by 2020, which is enough to power around 1.5 million homes. This would offer significant benefits, with the UK government predicting hydrogen could drive a 9% cut in overall carbon emissions by 2032.

However, it could still be argued that at present, hydrogen is not the optimal pathway for the decarbonisation of UK homes. Especially considering that alternative solutions, like heat pumps, are already available.

Realistically, until the UK has an affordable and abundant source of green hydrogen (produced by wind power) or greater CCUS infrastructure for blue hydrogen, it is not a viable solution for heating UK homes.

Time is of the essence and we need to take action to decarbonise our homes now. With heat pump technology readily available and the government’s ambitious plans to install 600,000 per year by 2028, we expect this technology to pave the way in transitioning to net-zero heat by 2050.

We need hydrogen and heat pumps to reach net-zero

While using hydrogen for heating isn’t necessarily the best solution for decarbonising UK homes, that doesn’t mean it doesn’t have a role to play in reaching net-zero. It’s more of a case that it could be better elsewhere.

The fact is that it isn’t necessary to choose between heat pumps or hydrogen. We need both to reach net-zero. While heat pumps are currently the more viable solution, hydrogen still has the potential to replace the use of fossil fuels where electrification is not an option.

A report by The Climate Change Committee suggests that hydrogen can be used very selectively for industries like shipping and aviation that are hard to decarbonise. We agree it makes more sense to focus our sources of green hydrogen on ‘difficult to decarbonise’ industries, rather than on home heating, which is more suited to electrification.

Decarbonise your home with a heat pump

Essentially, hydrogen for heating has its place in industry but it currently doesn’t seem to be a viable solution for UK homes. Electrifying our energy supply with heat pumps is the cleanest and most promising option that can be installed into homes today.

At Igloo, we’re already offering these solutions. We install air source heat pumps that can reduce a home’s carbon footprint by up to 65%. What’s more, with our Clean Heat Switch, you can get an air source heat pump and unlock your full RHI funding amount to us straight away in return for a large saving of over half the upfront installation costs.

Interested in decarbonising your home and reducing your carbon footprint? Get in touch to find out about installing a heat pump in your home.